Lopez Orchards Established 2005
Cowiche, WA
160 acres
Carlos Lopez of Cowiche, Washington owns and operates an apple and pear orchard in partnership with his father Antonio. Over the course of the last fifteen years, Carlos has possessed a hunger to learn more about the apple industry which has cultivated a successful career as a grower. Starting with 20 acres he has expanded to over 160 acres, now holds a position as a board member for Cowiche Growers Co-operative and owns a small nursery. On the 160 acres at the top of Naches Heights, Carlos grows Red Delicious, Golden Delicious, Galas, Honeycrisp and Cosmic Crisp®. His dad heads the orchard management and Carlos handles the business operations and warehouse coordination.
"It's a great place to grow fruit. They say it’s the weather, but I want to say it’s the farmers."

Carlos’s parents were born in Mexico and moved to California where they met and were married. The Lopez family moved from Los Angeles to Washington when Carlos was 15. He attended Highland High School and worked at the CPC International packing facility before transitioning into construction.

The family business started in 1998 when his dad purchased 10 acres of orchard land with the intent to re-sell it. Next thing he knew he was farming. Carlos had time to help his dad around his work schedule and would take time off to assist with harvest. After a few years, Carlos applied and received a USDA operating loan to begin his own orchard operation. He purchased 20 acres in 2005 and in 2009 Carlos and Antonio merged their orchards to become Lopez Orchards. They have been steadily growing ever since. Their focus has been dialed in to improving the orchards they own to produce higher quality fruit in pace with the advancing horticulture practices that have improved land efficiencies.

Carlos explains working with father has been incredibly fulfilling, “The fact that we are growing with my dad as a family company, that is rewarding, I never imagined it. It’s been flourishing,”

Adopting new varieties and installing trellis systems has been a pivotal transition point for Lopez Orchards.
“Our long-term plan was to take out 10 acres every year and graft or replant them, so we slowly moved into new varieties and new trellis system.” Carlos explains. “We hit six years and now we are at the point where there’s nothing left to graft. So we are renovating! Pulling out old trees and planting new trees.”

Carlos notes the improvement of quality from when they first started has been tremendous. They had originally been focused on getting quantity into production and now have refined their focus to the quality of the fruit. His eagerness to learn about the industry, upcoming trends, varietal shifts has fueled his orchards progress over time.

When approached by Cowiche Growers to serve on the board, the chance to broaden his knowledge about the industry was something he felt compelled to pursue. He said, “it was an opportunity Cowiche Growers extended to me. My dad encouraged me to do it. I am still learning, and I am glad I did it. There is a lot of knowledge about marketing and selling. I’ve gotten to see the big picture.”
The Yakima growing region is famous for its fertile soil, abundant sunshine and ample water supply through irrigation projects and arid climate – creating an ideal environment to grow quality and delicious apples.

“Upper Valley is a great place to grow fruit. They say it’s the weather…but I want to say it’s the farmers. It’s the people. And we are blessed to be here where we can grow quality apples,” Carlos states with a smile.

Small steps to create big change has served as Lopez Orchards’ foundation, and lead them to being successful growers with the ability to evolve and improve year over year. 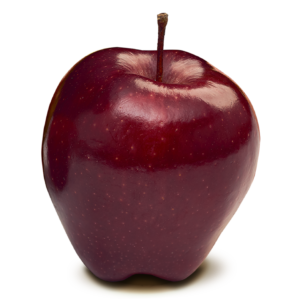 Some Washington apples are known as "club" or "proprietary" varieties. Club varieties are patented and trademarked, and sold exclusively by specific companies.